Support Us
Follow Us On Social Media
Reading Time: 8 minutes 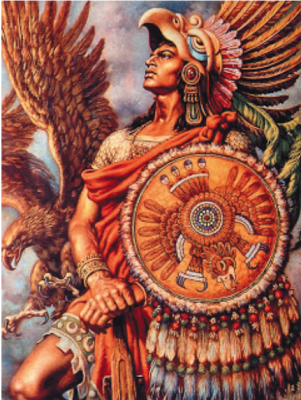 In high school, I remarked that I must be over 50% Aztec or some other indigenous group. After all, my mother gave birth to me in Mexico, and I looked quite native with my deeply tan skin and thick, black hair. My acquaintances chuckled, their eyes narrowing with disbelief. Other classmates snickered at my absurd statement. Confusion welled in my chest at their reactions, but I let the matter drop. Months later, I watched the Twilight movies and grew fascinated with the werewolves and liked the fact that they were Native Americans. “It would be so cool to be a Native American. We’re so similar and look alike,” I thought.

Thankfully, this social delusion was shattered when I took a genetic test from Crigenetics. The results astounded me. I was 54.70% Admixed American (Native American according to Crigenetics) and 45.30% European. Regardless, those results may not be shocking to some people, but I believe a great deal of brainwashing occurs in our education system.

The social attitude may be inadvertent or engineered long ago, yet there is a perception that only the tribes in the U.S. lands are Native American. This is false – many tribes lived south of the border including the mighty Incan, Aztec, and Mayan empires to name a few; however, the subconscious belief is that they all died out. That once the Spanish defeated them, Thanos descended from the heavens, snapped his fingers, and wiped these people from existence.

While tongue in cheek, the fact that many “Hispanics” or “Latinx” are majority Native American escapes most people. Many of my own people fail to realize it too. The definition of American Indian is: “A person having origins in any of the original peoples of North and South America (including Central America)” (U.S. Census). The definition of Native American is “a member of any of the indigenous peoples of North, Central, and South America” (Oxford Languages). It’s clear as day. If the person, claiming to be 1/800th Cherokee, thinks he/she has a true claim to native ancestry, then the majority of native “Hispanics” and “Latinx” deserve true recognition and respect for their race as well.

To clarify my examples below, what I state doesn’t apply to everyone, but is meant for those of us who have significant Native American ancestry. Ethnicity, nationality, and culture – while very important – are not factored in. I am approaching this from a purely racial standpoint and through the lens of a first-generation Mexican immigrant. My examples are based on the 5 races in the U.S. Census only: 1). Black or African American, 2). White, 3). American Indian or Alaskan Native, 4). Asian, 5). Native Hawaiin or Other Pacific Islander.

It’s amusing to see people admire Native American heritage, but treat Mexicans, Colombians, etc. poorly. Everyone and their mother will proudly state they have a Cherokee great-great-grandmother but the reservations are in states of disrepair and poverty. They simply don’t care. These same people won’t put two and two together either: Individuals will say some “Hispanics” or “Latinx” look “white” and others look Mexican. What does looking Mexican mean here? 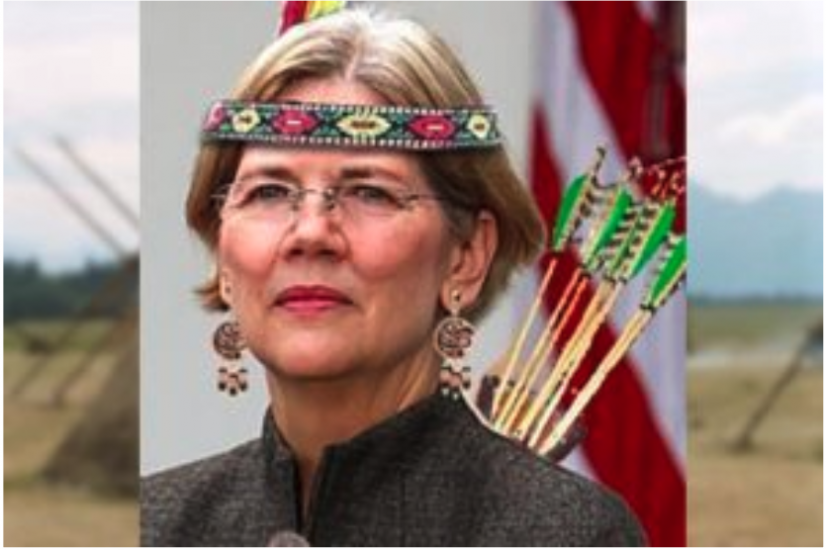 This statement of racial observation is surely acknowledging the deeply tan skin, black hair, and other distinct native features that are prominent in Latin America. Then these individuals don’t look Mexican – that isn’t a race. They look native, and the disconnect in logic is ridiculous. They may not be Cherokee or Navajo, but they are still Native Americans. People who debate this fact have an illogical, double standard that doesn’t hold up to scrutiny; they state that only individuals belonging to U.S. tribal groups are Native Americans and ignore the race of majority native “Hispanics” and “Latinx”. But the equivalent of this logic is like saying Black people in the U.S. aren’t racially Black because they aren’t from the tribes in Sudan (as an example).

The semantics also play a huge role in perception, and it’s easier for a bigot to call a majority native “Hispanic” or “Latinx” illegal because they aren’t acknowledging that person’s race; if we as majority natives chose to identity with our race – Native American –  and make it known, it would be harder for the term “illegal” to really stick. It wouldn’t make sense, and eventually we could change the world’s perception of us – change it so our race and heritage is recognized and respected instead of forgotten.

Regardless of a specific tribe’s location, the ancestors of many “Hispanics” were here thousands of years before any Europeans were. This is not to say that “Hispanics” or “Latinx” are entitled to join tribal groups in the U.S. territories. That is not where our ancestors likely stemmed from (although there can be exceptions), but there should be no confusion that for many of us, Native American is our race.

While we don’t have a tribal community due to the Spanish extirpating our people’s way of life, the same blood still pulses through our veins. That isn’t meaningless. Denying our identity is a moral crime. Take Yalitza Aparicio and Julia Jones for example. Yalitza is a Mexican actress that identifies with her indigenous heritage; Julia is an American actress that also identifies with her indigenous heritage. Under the U.S. Census’s definition of American Indian, they are both Native American; however, many Americans may validate Julia’s claim because she is a descendant of U.S. tribes and disregard Yalitza’s claim because she’s from Mexico. Not accepting that they are both Native American is dishonest and seeks to eradicate a person’s heritage.

People argue and say that we are “mestizos”, a blend of races, but other racial groups are not subjected to such scrutiny or obligated to give expositions explaining their genetic breakdown. Most mixed Black people still call themselves Black. According to an article from Science Mag, the average Black person is 24% European. Regardless, Black people don’t have to give a paragraph long explanation – they identify with one race and call it a day. Why can’t “Hispanics” or “Latinx” do the same?

Those of us clearly native are treated like some mystical, magical race that is elusive when the truth is in people’s faces. Or we’re simply denied our Native American ancestry by social attitude, but if we aren’t Native, we’d just be white. So, why is there racism toward us? We should be allowed to go with the majority of our makeup, even if it’s by 1% or close to half for simplicity’s sake. Terms like mestizo weaken our native identity and delegitimize us. If we want to explain or acknowledge our other mixes, we should be able to but not forced to do so.

Science Mag reports the average Hispanic is 65% white. Many Hispanics look even whiter than British people or their descendants. They should be able to state what they are if they want to; they are white. Ricardo Rossello, the previous Puerto Rican governor, is a great example of someone who looks white but identifies as a White Hispanic. 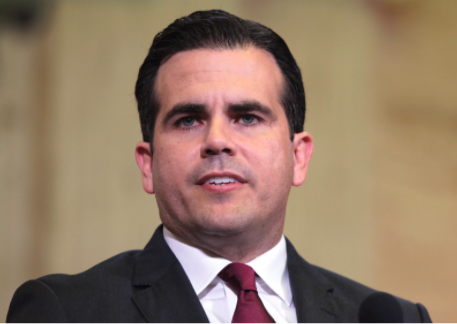 In the case for these “Hispanics” and “Latinx” racism is even more asinine than it usually is. Genetically, they’re almost no different from a German or Irish citizen. Or are people from Spain not white; are they fake white? Respect is owed to these “Hispanics” and “Latinx” as well for their heritage. Nevertheless, they are still our brothers and sisters in ethnicity and culture.

The U.S. Census should do away with the “Some Other Race” category and just go by the 5 races listed (1. Black or African American, 2. White, 3. American Indian or Alaskan Native, 4. Asian, 5. Native Hawaiin or Other Pacific Islander).

I propose this because out of 50.4 million “Hispanic” and “Latinx” respondents in 2010, 18.5 million of them listed themselves as “Some Other Race”. Astonishingly, there were only 685,150 American Indians in the face of 26.7 million “White Hispanics or Latinx”. This doesn’t sound right at all. The Census and other research groups should not contribute to the distribution of misleading information and a loss of identity because there are many “Hispanics” or “Latinx” that haven’t been made aware of the fact they could be American Indian.

Greater effort should be made to educate “Hispanics” or “Latinx” on the truth of their ancestry; the statistics above only demonstrate how the education system has made people forget.

In addition, other research groups such as Pew Research should refrain from tying ethnicity and race together. In their statistics, options are often listed as “White”, “Black”, “Hispanic”, and “Asian” which contributes to the misconception that “Hispanic” is a race because it’s lumped with the other races. I know that in the example below Pew Research titles the chart as “Race/Ethnicity”, but many people don’t pay attention to the fine details – they look at the categories and believe Hispanic is a race. As a solution, Pew Research and other groups should provide two charts, one “Race Alone” and one “Race/Ethnicity” chart like how the Census does. This would make statistics very clear.

Ethnic terms like “Hispanic” and “Latinx” obscure the truth, cause misconceptions, and have led 18.5 million people to be confused about their racial identity. I understand we take pride in these terms to identify ourselves; however, we must not feed into the illusion that “Hispanic” and “Latinx” are a race rather than an ethnicity. If one is questioned about his/her race, give a racial answer, not an ethnic one. We should be free to say we are either white, Native, etc. Then if we want, we can follow up with our ethnicity, nationality, or culture. It’s time to acknowledge a long-forgotten truth that the guy with glossy, black hair, onyx eyes, and caramel skin over there, the guy that looks “indio or paisa”, doesn’t look Mexican (in terms of race because that isn’t one) – he’s a Native American. And for those racists out there who hate Hispanics and Latinx – you may be racist against natives, just like your ancestors were.

Note from the Author:

For anyone that identifies as a native, if you want to be recognized by others for your race, there is a Facebook group that will welcome you with open arms and help you explore your heritage. This is the Native to Native Recognition System: https://www.facebook.com/groups/1845758722181852

About the Author
Juan Zapata
Juan Zapata is a Guachichil Native American, discovering this through intensive genealogy research. He is the author of The New Order trilogy, an Army Reservist (views are not representative of the military’s), and an alumnus of Alabama A&M University. He was undocumented until he was 15 years old before DACA was instated. Other pieces of his include “Letter from an Omniscient Racist”, “International Half-Breed”, and “Why Don’t All These Damn Illegals Come in the Right Way”. Disclaimer: Juan's other pieces are not against Hispanics, Latinxs, or Immigrants. They are satirical with the intent to challenge opinions.
Recent Articles
Feliz Año Nuevo: Personal Recap
01/18/2022
Growing Up With Immigrant Parents
11/14/2021
My Undocu Life Fundraiser for United We Dream
08/02/2021
Restaurando Esperanza – Part Two
07/18/2021
Restaurando Esperanza – Part One
07/18/2021
Real Estate as an Undocumented Individual
07/09/2021